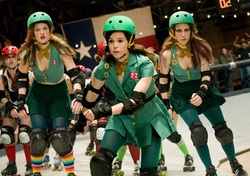 Whip It (2009)
In the film Whip It, Alia Shawkat plays Pash, the best friend of main character Bliss. She's wearing a pig apron below. 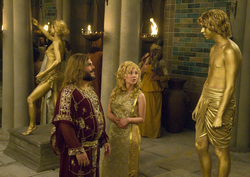 Year One (2009)
In Year One, we see Michael Cera play the gatherer Oh, and we also get to see David Cross as Caine. 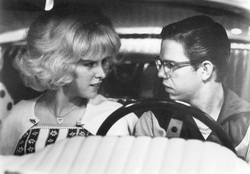 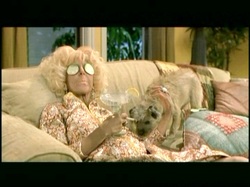 There's Something About Mary (1998)
In There's Something About Mary, Jeffery Tambor played the actual private investigator that did Healy's (Matt Dillon) work by tracking down Mary in Florida.  Remember his dog takes is cheat sheets (in the scene below) and he is forced to make up dialog that was supposed to impress Mary as she eavesdropped on the set up conversation. 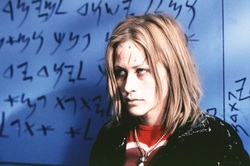 Stigmata (1999)
Portia played Jennifer Kelliho in Stigmata.  She worked in a nail salon or something like that.

Monsters vs Aliens (2009)
I didn't realize until later that two Arrested Development cast members were in Monsters vs Aliens.  Oops.  Deal with it.
Matt Arnett played The Missing Link and Jeffrey Tambor played some guy names Carl Murphy. 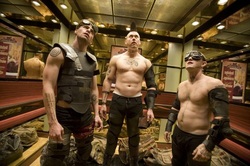 Smokin' Aces (2006)
Jason Bateman plays Ripley "Rip" Reed: An insecure, disheveled, and perverse attorney with any number of paraphilias and addictions. His law firm bailed Israel out of jail, so he hires three bounty hunters to get him back before he officially jumps and they forfeit the bond.
He wears women's underwear....in bed....alone....in hotel rooms. ?? 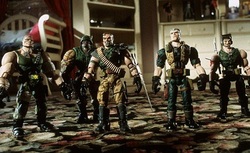 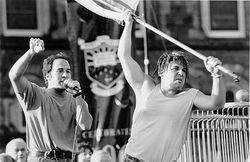 PCU (1994)
Jessica Walter played college President Garcia-Thompson in PCU.  She is determined to have The Pit thrown off her over-sensitive campus. 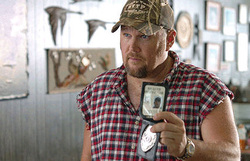 Larry The Cable Guy Health Inspector (2006)
I don't know.  I guess Tony Hale was in this movie.  This is what I know of that movie.