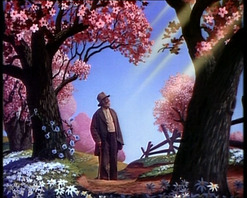 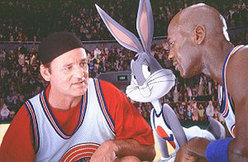 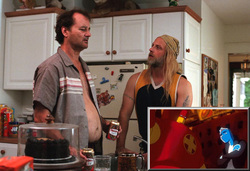 The live action characters are people as they appear in the real world, and the animated characters are cells and germs which live inside a man named Frank.

Tells the story of a cartoonist who finds himself in the animated world he created, and is seduced by one of his characters who wants to be real. 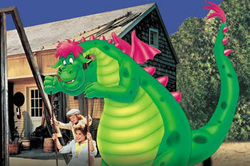 About a boy whose only friend is a dragon who can become invisible and is generally only visible to him. 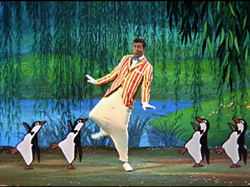 Features a scene in which Dick Van Dyke dances with cartoon penguins. 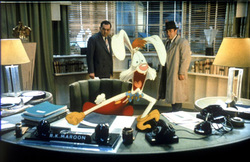 In one of the early versions of the script, Judge Doom was revealed to be the one who killed Bambi's mother 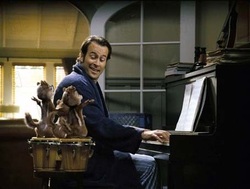 The title characters meet a frustrated songwriter, and despite a poor house wrecking first impression, they impress him with their singing talent. 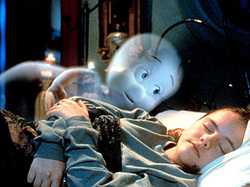 Dr James Harvey, and his daughter Kat, move into a mansion haunted by three nasty ghosts and Kat is befriended they the ghosts' friendly nephew.