It was Kurt Russell's idea to have the title character in this 1992 film wear an eye patch, as a tribute to his Snake Plissken character from Escape from New York. 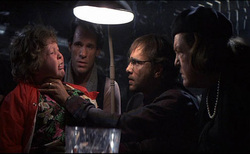 The Fratellis
What criminal family did the Goonies race to One-Eyed Willie's treasure?

Master and Commander violen
Russell Crowe learned to play violin for this 2003 film and referred to it as the hardest thing he'd ever done for a film. 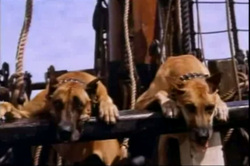 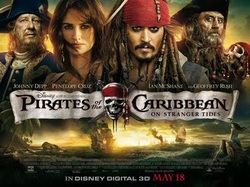 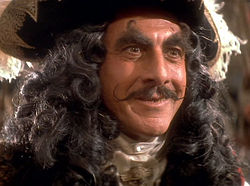 Dustin Hoffman - Hook
Who played Captain Hook in the 1991 film Hook that acts as a sequel to Peter Pan's original adventures. 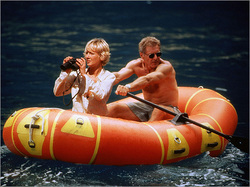 Six Days and Seven Nights
The majority of the film deals with the adventures of Quinn and Robin (played by Harrison Ford and Anne Heche respectively) as they try to evade pirates and survive in the island's jungle wilderness. (they hate each other at first...and of course fall in love during the film...as they're current love interests have "relations" with each other) 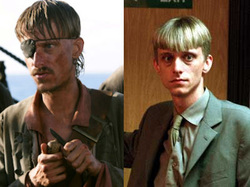 Ragetti Mackenzie Crook Gareth Keenan
What previous cast member of the UK version of The Office portrays Ragetti of the Pirates of the Caribbean films and provides comic relief with an ill-fitting wooden false eye? 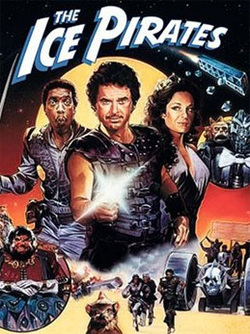 The Ice Pirates
I Cheer Ape Tits
<< BACK TO TRIVIA